Wildlife in the bay

Dublin Bay is home to a huge number of marine mammals and sea birds, including protected species like the Brent Goose, the Harbour Porpoise and the Little Tern. Dublin Bay’s ecological habitat has become internationally recognised due to the large numbers of migratory birds that arrive every year from the Arctic, Greenland, Canada, Iceland, Russia and African countries. We’re on what’s called the Atlantic flyway. It’s like a highway for migratory birds.

The Bay and adjacent waters are also extremely rich in marine mammals and other “charismatic megafauna” including, whales, dolphins, porpoise and of course seals. Dr Simon Berrow from the Irish Whale and Dolphin Group says whales are regularly seen off Dublin Bay in the summer, and dolphins frequently visit, sometimes staying for extended periods. Of the 24 species of whale, dolphin and porpoise in Ireland, eight have been sighted in Dublin Bay. The Bay is particularily important for the harbour porpoise, the smallest of all the cetacean species. Bottlenose dolphin are regularly seen.

Grey seals and harbour seals are abundant in the bay area. As many as 300 seals are present, continuing a long period of colonisation. Records of grey seals from Dalkey Island are carbon-dated to 6,400 years ago. 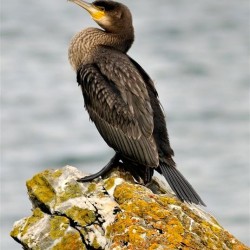 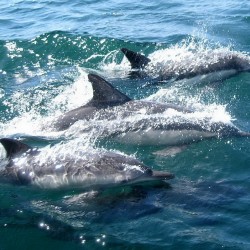 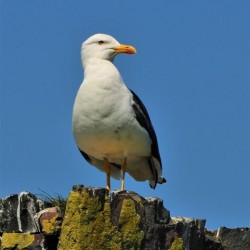 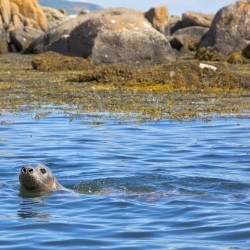